Originally part of Heijokyo, the ancient capital of Japan, the Nishinokyo area retains much of its historic atmosphere. It is home to several World Heritage venues including Yakushiji Temple and the Former Site of Heijokyu Imperial Palace. One of the three main areas alongside Naramachi and Nara Park, Nishinokyo has come to refer to the larger area west of JR Nara Station.

Archaeological excavations continue at the Former Site of Heijokyu Imperial Palace and a visit here will give you a sense of its original grandeur. Except for a single hall that was moved elsewhere in the 8th century, all of its original buildings have been lost to time. Instead, you can see three reconstructions: the most recent was completed in 2010 on the 1300th anniversary of the ancient capital's founding.

An exciting mix of historic and modern Nara, Nishinokyo is home to several Michelin-rated restaurants including Kobetei and Wa Yamamura, a humble kaiseki restaurant awarded the full three stars. With plenty of fine dining options such as these, Nara has fast become a foodie paradise.

Browse Things to See & Do

Japan’s first official capital, Heijokyo, was established in 710, modeled on the Chinese city Xi’an. When the court moved to Kyoto, the palace was abandoned and left to decay. No one knows exactly what Heijo Palace looked like, but excavations and old records hold some clues and parts have been reconstructed.

Local company Daibutsu Purin puts a playful spin on traditional icons like deer and Todaiji’s Great Buddha in its sweets' packaging. The confectioner's egg custard in little glass jars has become a cult hit with locals and visitors. These handmade, all natural desserts come in flavours like green tea, cheese cake, chocolate, cherry blossom and even sake.

Nara on a Budget: 5 Affordable Experiences

Autumn in Nara: Where to See the Season's Best Colours

Getting Around on 2 Wheels: Renting a Bicycle in Nara 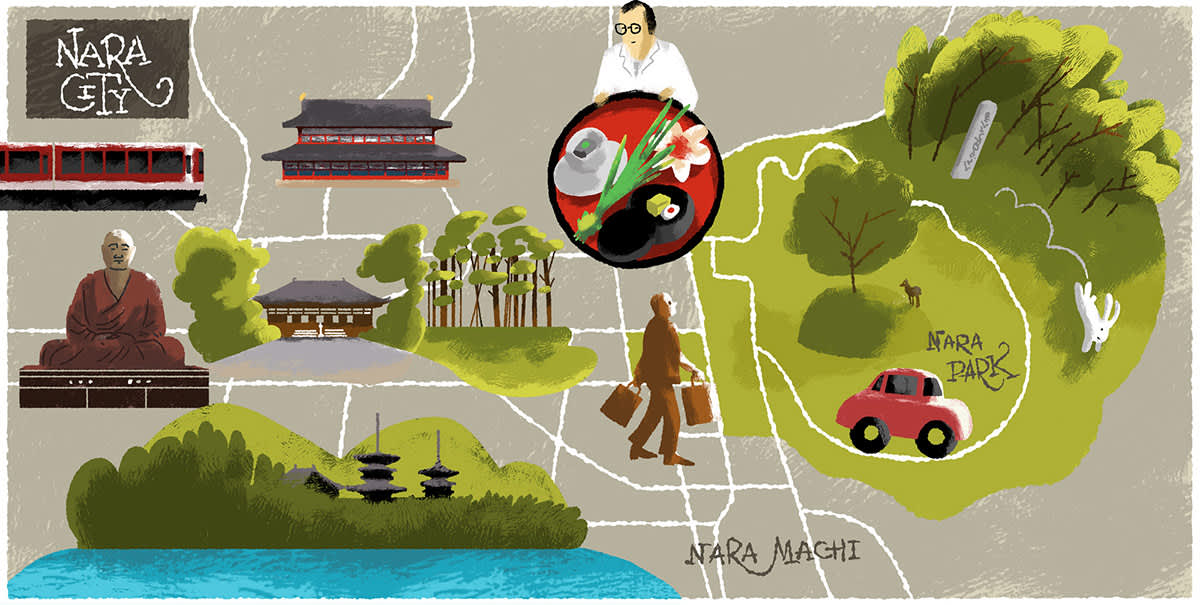 Covering a larger area than the Naramachi and Nara Park districts, the wider Nara City area has a host of options for any season. Temples offer scenic views from spring through autumn with lotus flowers blooming in summer, leisure facilities like Round One and Yurara-no-Yu are good in winter or when it rains, and fine dining and shopping can be enjoyed anytime.

Nara Kotsu operates several bus routes throughout the city. In addition to running frequently, most onboard signage and timetable information is available in English. Money-saving passes for 1-day and 2-day travel make this the most cost-effective way to see the city. Tourist information centres can provide bus route maps and other information. Trains can also be used for travel within the city.

As you stray away from the city centre and main tourist areas of Nara Park and Naramachi, lunch options can become limited. Plan lunch accordingly if you have special dietary requirements or favour Western food over Japanese cuisine. It is also worth noting that lunch time opening hours tend to be from 11:30 - 14:00.

Look out for free Wi-Fi signs and information on downloadable guides in app format at sightseeing spots citywide. Such services are becoming more common and make excellent resources for tourists. Nara Heijokyo Historic Walk is an example of one such app that can be used to access in-depth multilingual information when visiting the Former Site of Heijokyu Imperial Palace.

The Nishinokyo area covers a relatively large area west of JR Nara Station. Although trains run from Kintetsu-Nara Station to Nishinokyo Station, the area can be conveniently and quickly reached by bus. Take any bus bound for Yakushiji, Toshodaiji or Horyuji Temple.

From Kyoto, Osaka, Tokyo & other cities > From Nara City > 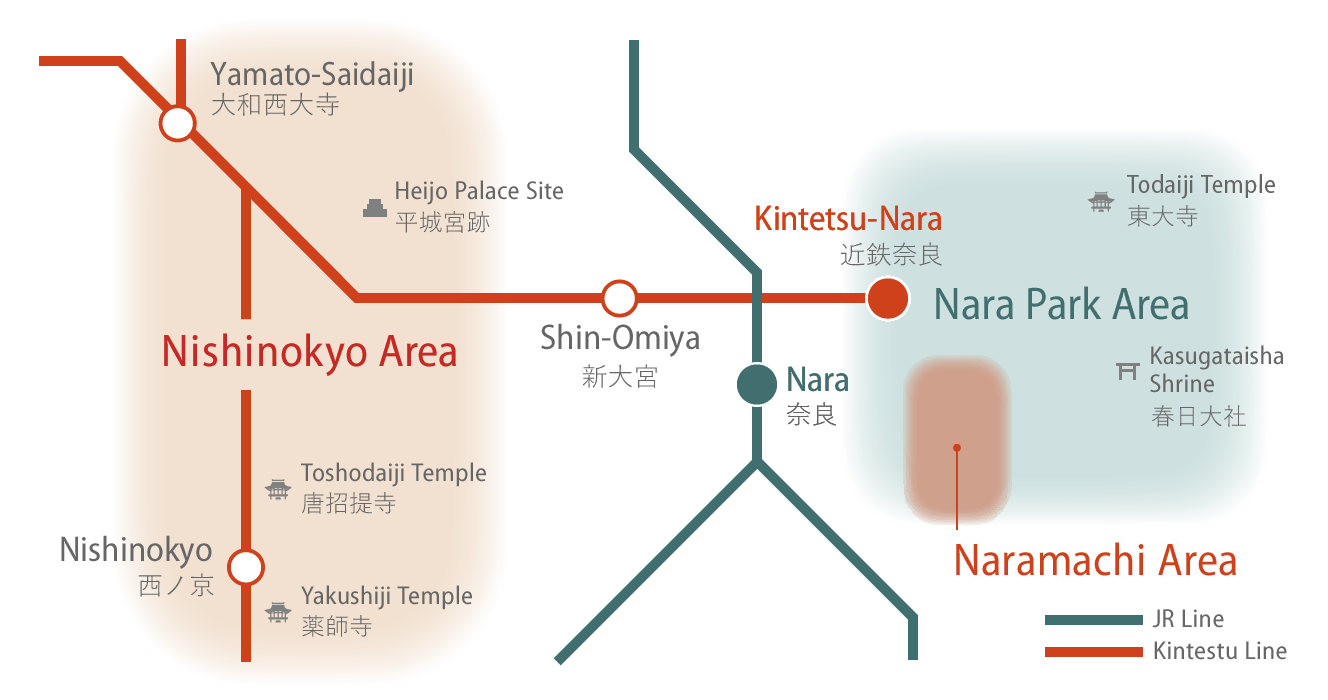 an open museum of living history and a perfect day out

feel the power of history in an ancient temple town

a historic town for strolling and shopping without the crowds

follow in the footsteps of the ancients, from the bronze age to Nara’s golden era

beauty and spectacular views in all seasons

physical and spiritual renewal in a deep mountain hideaway

the legendary centre of Japan’s history

discover the laid back charm of a bygone era

fairground rides and surprising temples; an adventure for the whole family

an ancient samurai retreat with tumbling rivers and waterfalls

ancient legends and magical waters in a storied land