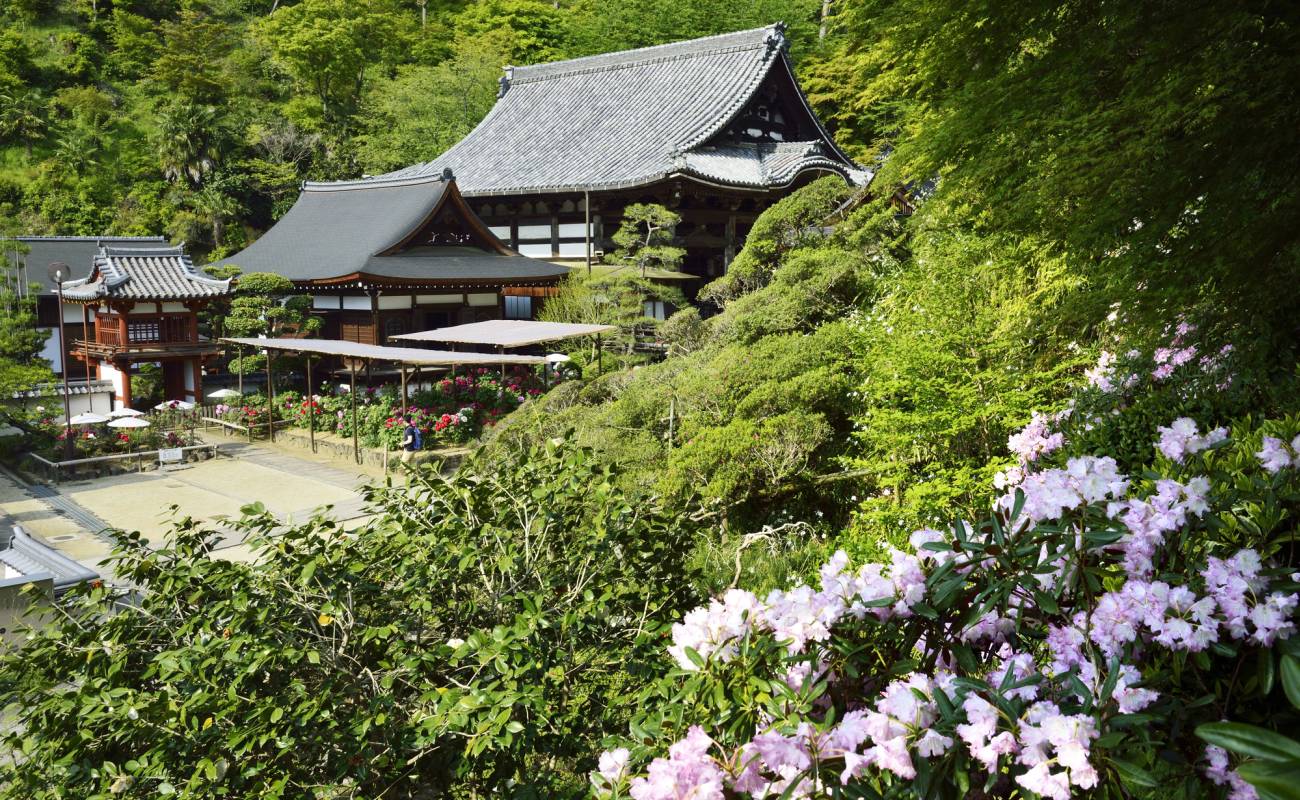 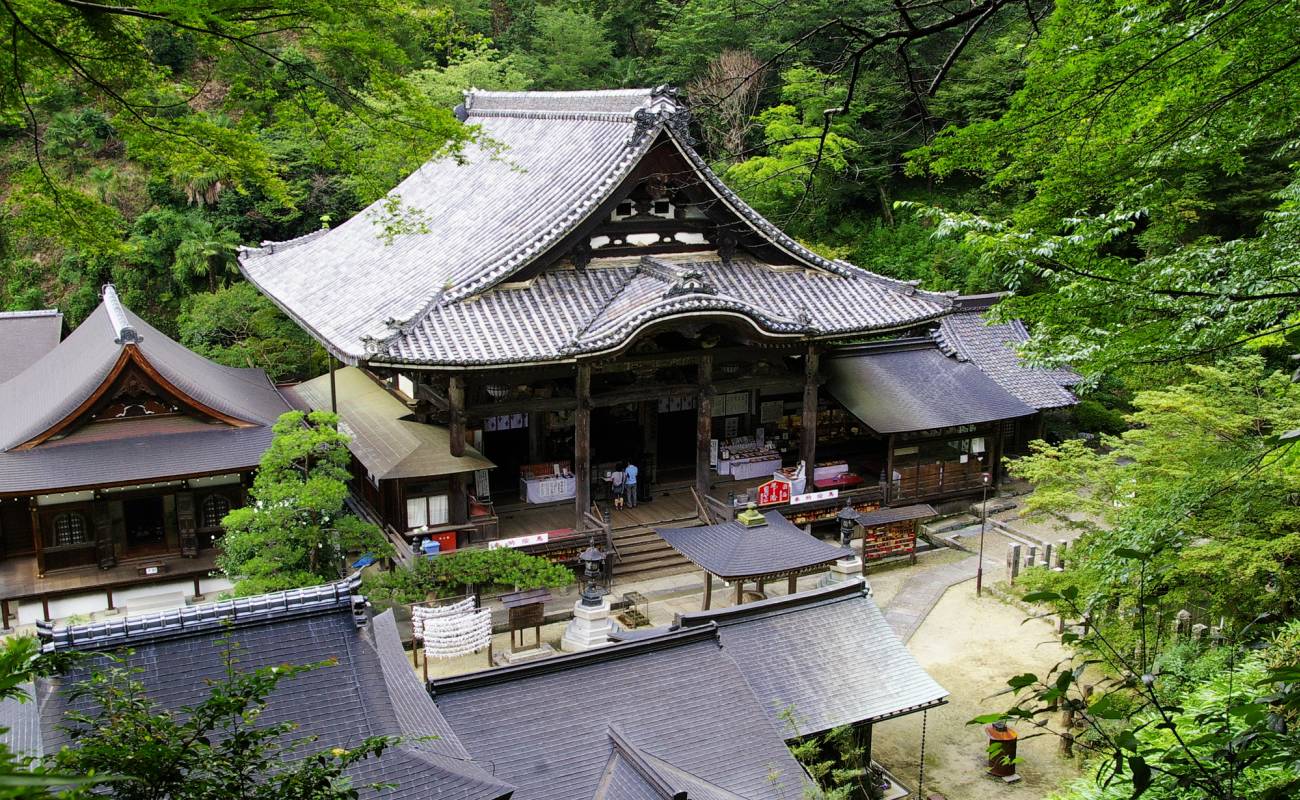 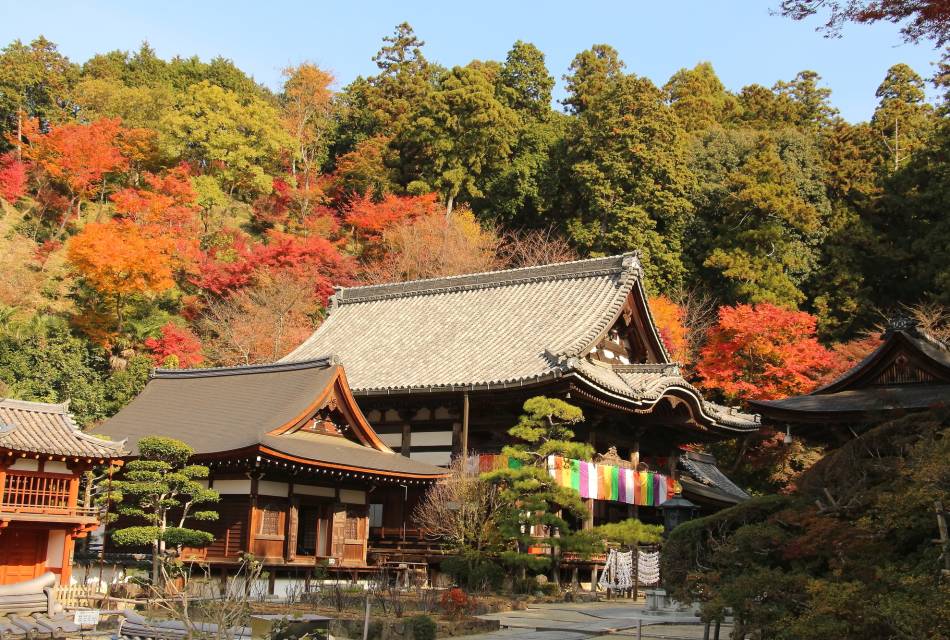 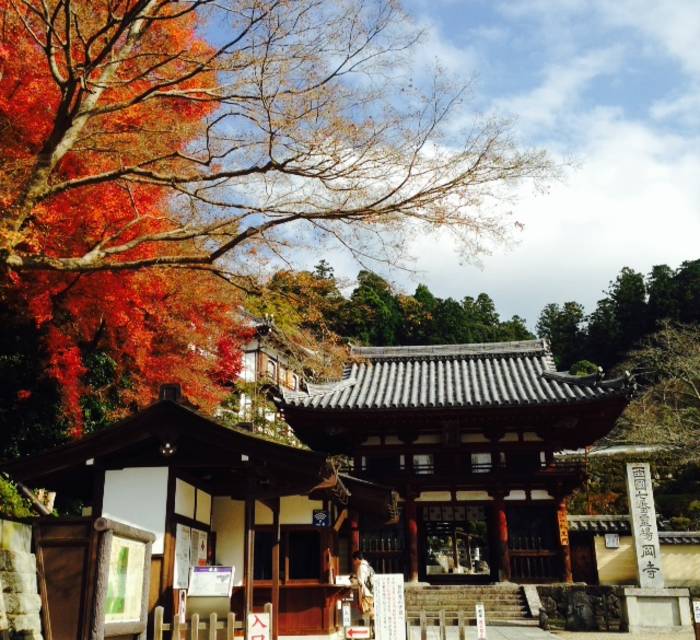 Commanding a hill above the Asuka plain, Okadera Temple is famed for both its beautiful gardens and its interesting legends. As you enter through the impressive red and white Nio-Mon gate, be sure to look up at the fine animal carvings under the eaves. The complex feels more like a town, nestled amongst trees, with paths leading to a three-storey pagoda, a belfry and the main hall.

Known as the “Dragon Lid” temple, there is a legend that Gaien, the priest who founded the temple in AD 663, defeated a dragon here, confining it in a nearby pond with a large stone that acted as a lid. The dragon repented and became the protector deity of the temple and the stone is said to wobble and shake before it rains.

The main hall houses Japan’s largest clay Buddha the Nyoirin Kannon Bosatsu, just under 5m high. The clay comes from Japan, China and India. If you examine the bell inside the belfry, you will see seven holes, made by the Japanese Imperial Army in WWII, to test the bell for weapons-grade metal. Luckily, they didn’t melt down the bell and it remains as a symbol of peace and good luck.

A popular charm sold here is a small wooden ball that is supposed to help make your wishes come true. The local priests joke that this is the “Dragon Ball” temple that inspired the famous anime. Okadera Temple can be reached by bus, or you can rent a bicycle at the station. The whole Asuka area is fascinating, full of ancient tombs and archeological finds. Combine a visit to the temple with nearby Asukadera Temple, one of Japan’s oldest Buddhist temples, with a very different atmosphere.