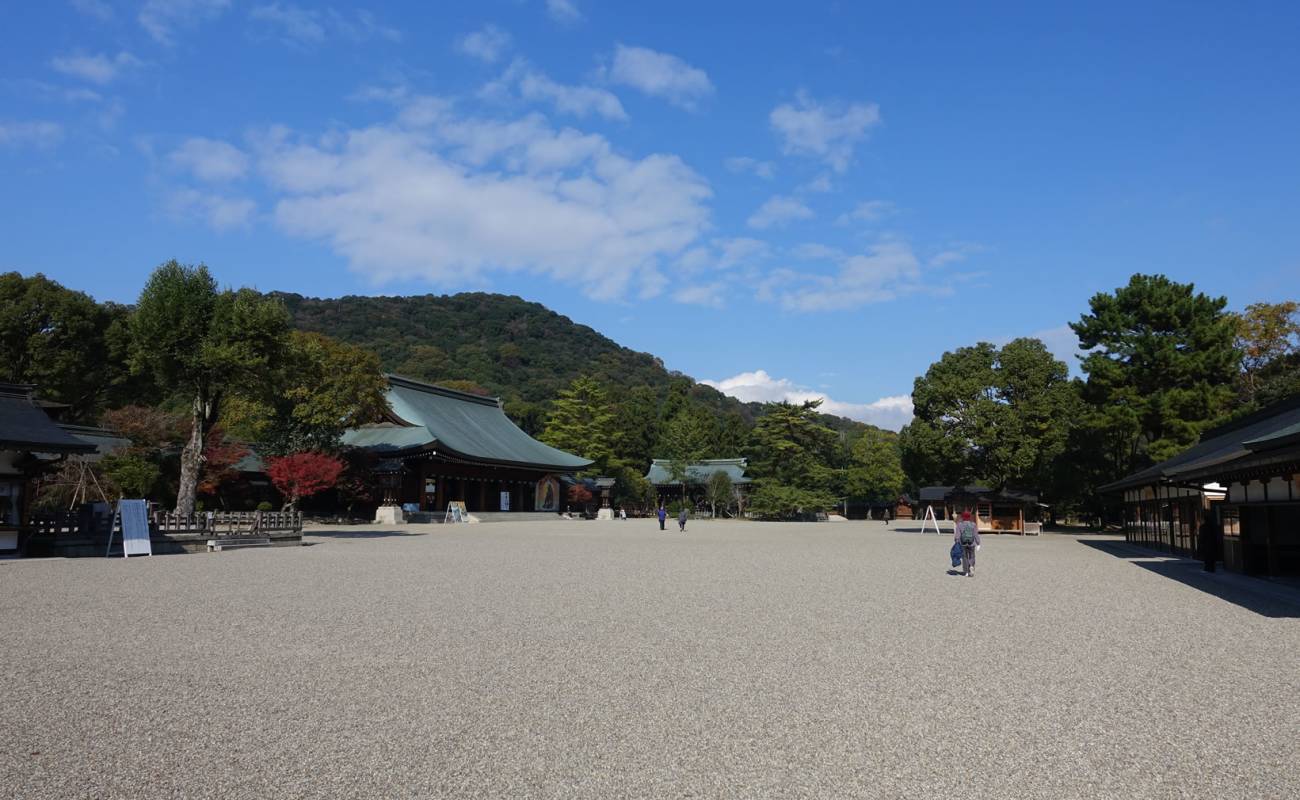 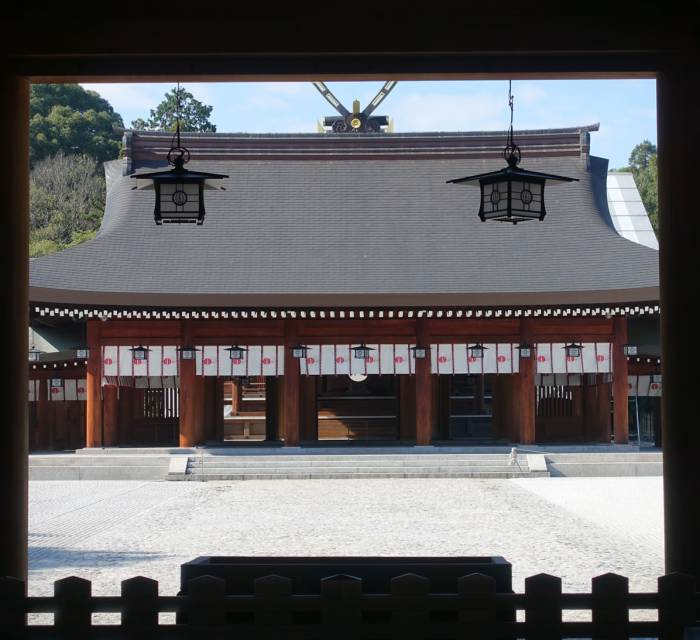 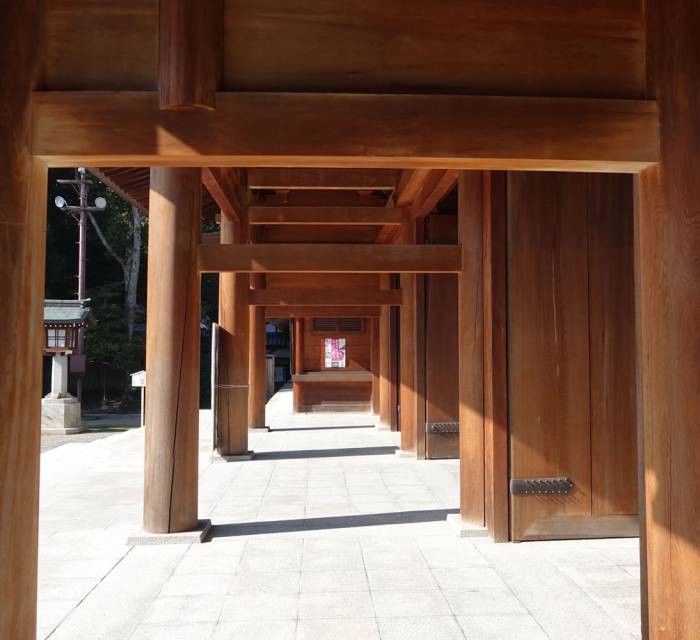 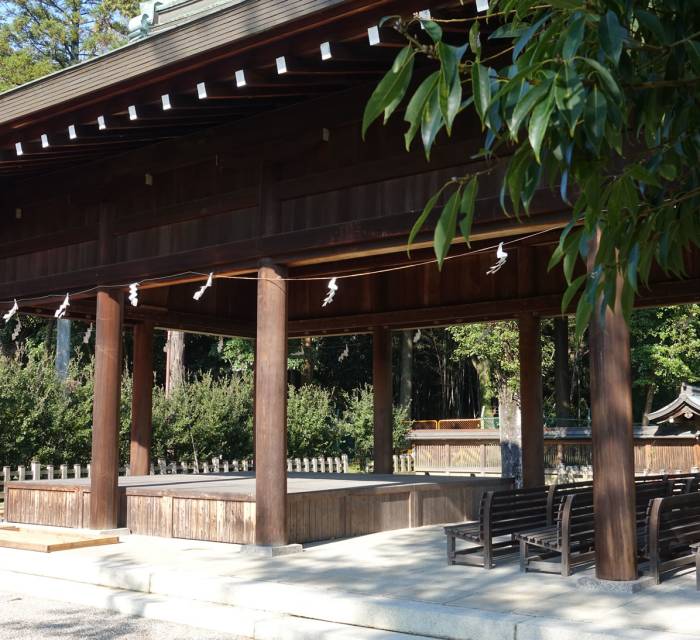 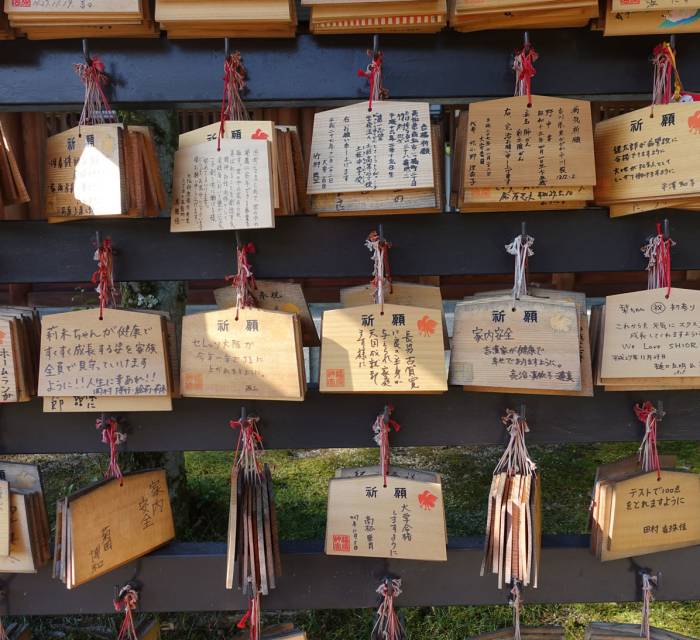 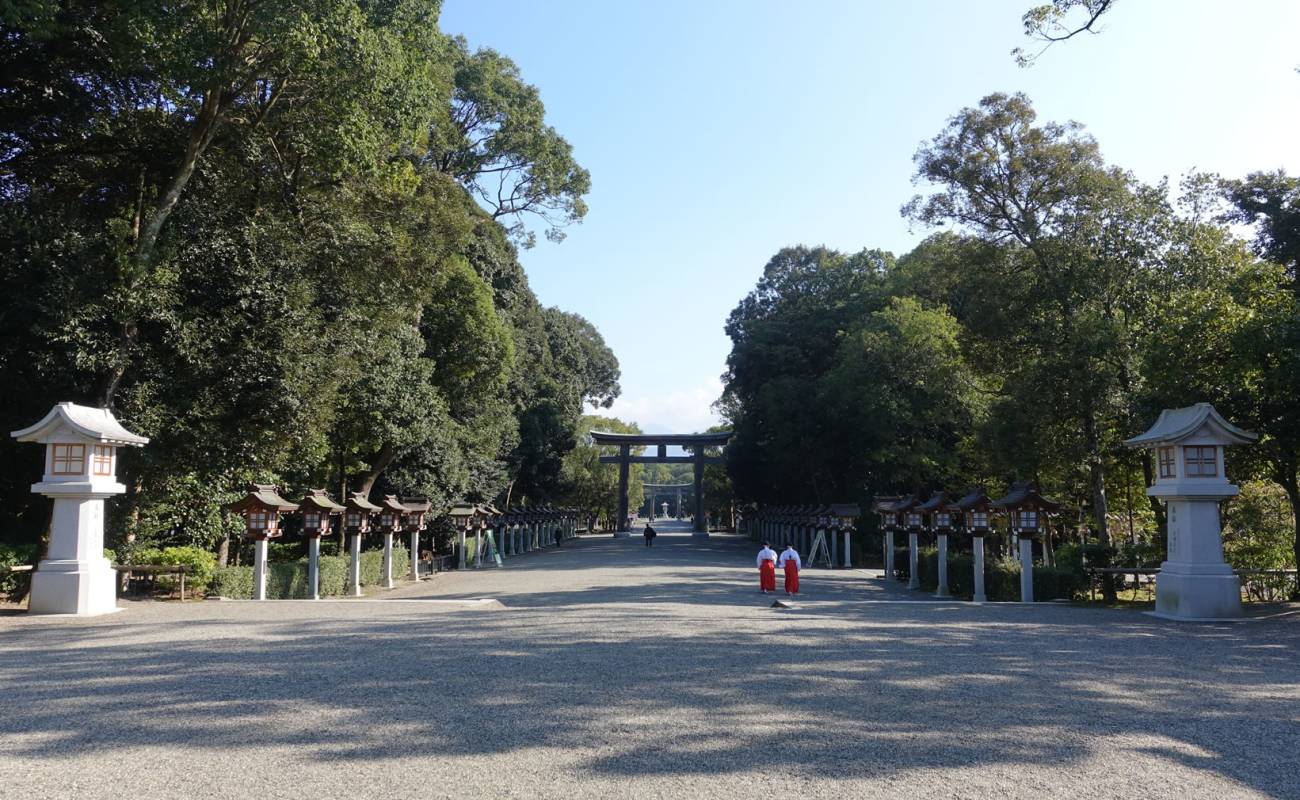 The wide, lantern-lined avenue that leads to this Meiji era (1868- 1912) shrine gives you a hint of the grand scale to expect. Entering through the low-roofed gate into the vast gravel expanse, you immediately see the large haiden worship hall, dominated by an impressive roof that seems to be an extension of the mountain behind it.

The shrine buildings are arranged around an inner courtyard, connected by beautiful wooden cloisters. Built on the site where Japan’s legendary first Emperor, Jimmu, was said to have ascended the throne, Kashihara Jingu was built in 1889 to re-assert the right of the Imperial family to rule after the long period of rule by the samurai which lasted from the 12th century until 1868.

The shrine is also known for Yatagarasu, a three-footed crow said to have guided Emperor Jimmu safely through the mountains of Wakayama to Nara. Now the symbol of Japan’s soccer federation, items with its likeness are popular souvenirs. The spacious grounds feature attractive gardens and a large pond. A popular shrine for Shinto weddings, you may be lucky enough to see a traditional wedding procession on weekends. A short walk or bike ride will take you to Imaicho, a well-preserved Edo village. The surrounding Asuka area is at the centre of Japan’s history, with fascinating stone monoliths and some interesting museums.

an open museum of living history and a perfect day out