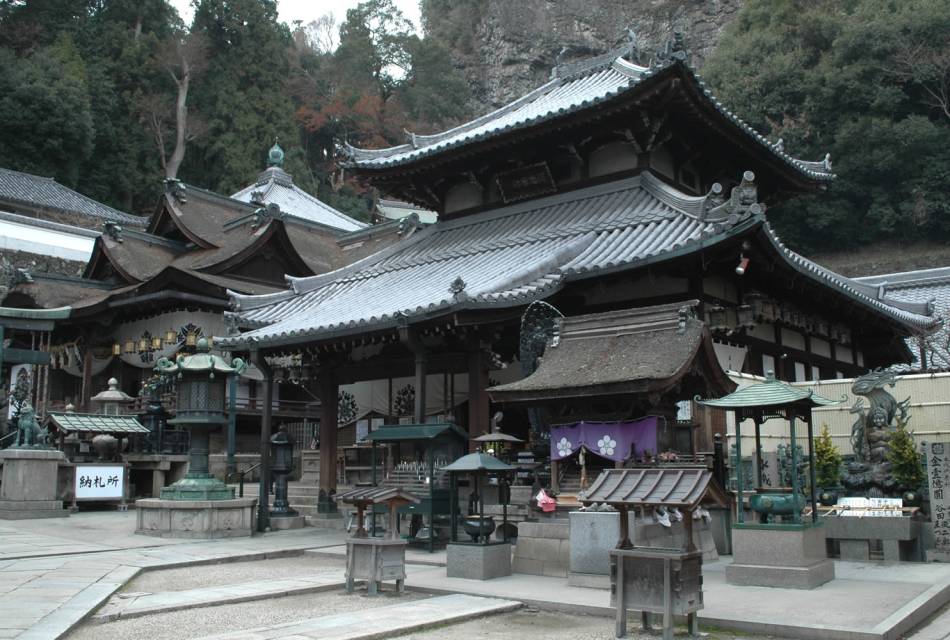 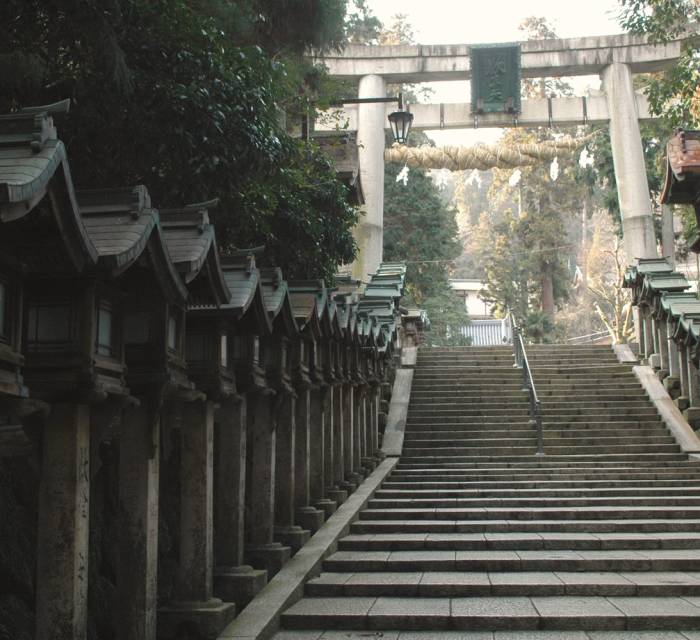 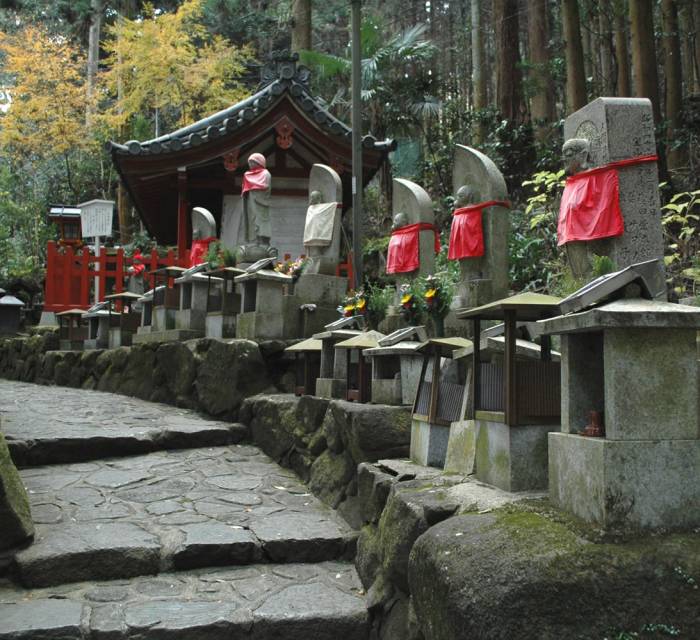 Originally built as a training site for monks in 665, famous Buddhist figures like Kobo Daishi were said to have studied here. Before the temple was built, Mt Ikoma itself was venerated by the local people. The temple is dedicated to Kangiten, god of wisdom, joy and prosperity (usually depicted as an elephant figure, similar to the Hindu Ganesha), and is popular amongst merchants and entertainers.

During the Edo period, Hozanji Temple became a favourite pilgrimage for merchants from Osaka. Due to its popularity, Japan's first cable car was built here in 1918. You will also see large wooden "treasure bags” decorated with carved radishes, a favourite food of Kangiten; people rub their wallets on the carvings in the hope of becoming wealthy.

Behind the main hall there is a beautiful path through the forest leading to smaller shrines, lined with statues of Jizo and other figures. On September 23 each year, the Ikoma Shoten Equinoctial Lantern Ceremony sees the mountain paths and steps lined with vast numbers of lanterns and candles. At sunset, the temple and surrounding town may well remind you of the Studio Ghibli animated movie “Spirited Away”.

fairground rides and surprising temples; an adventure for the whole family