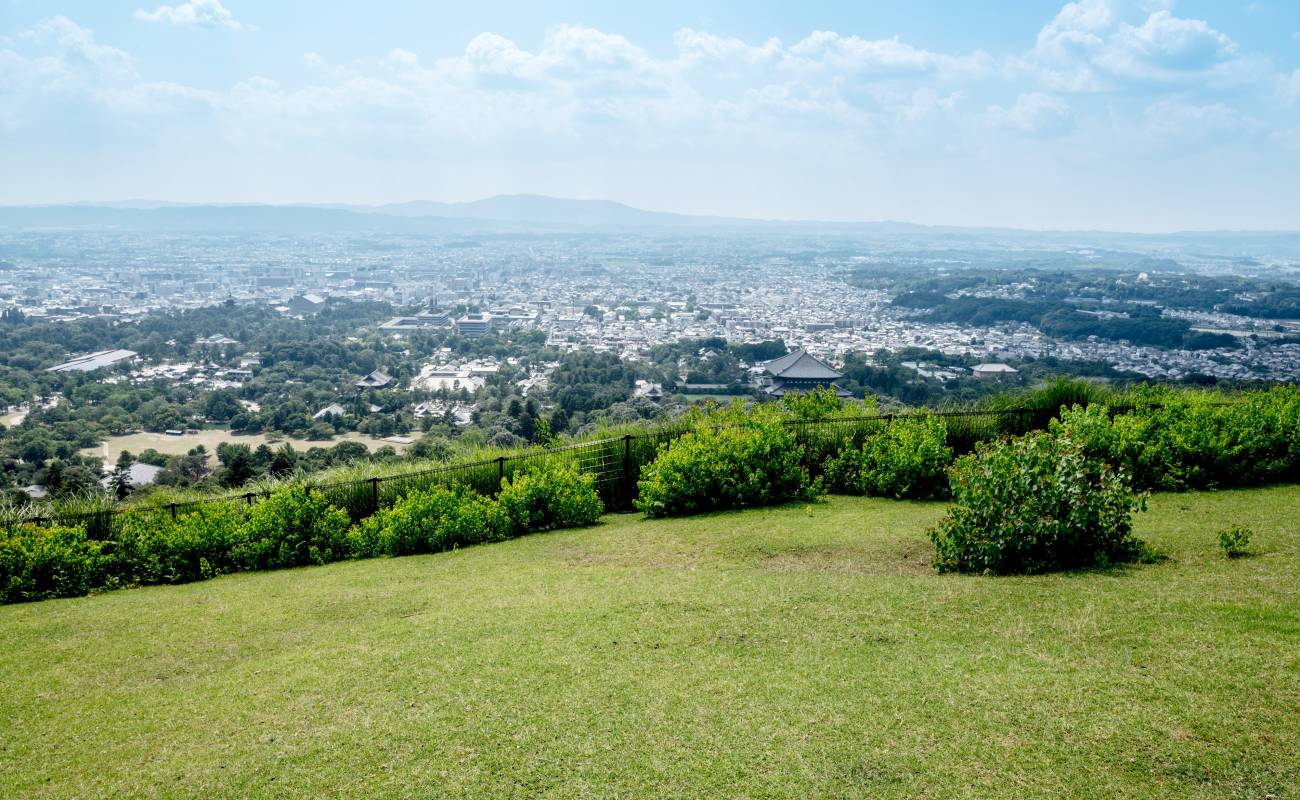 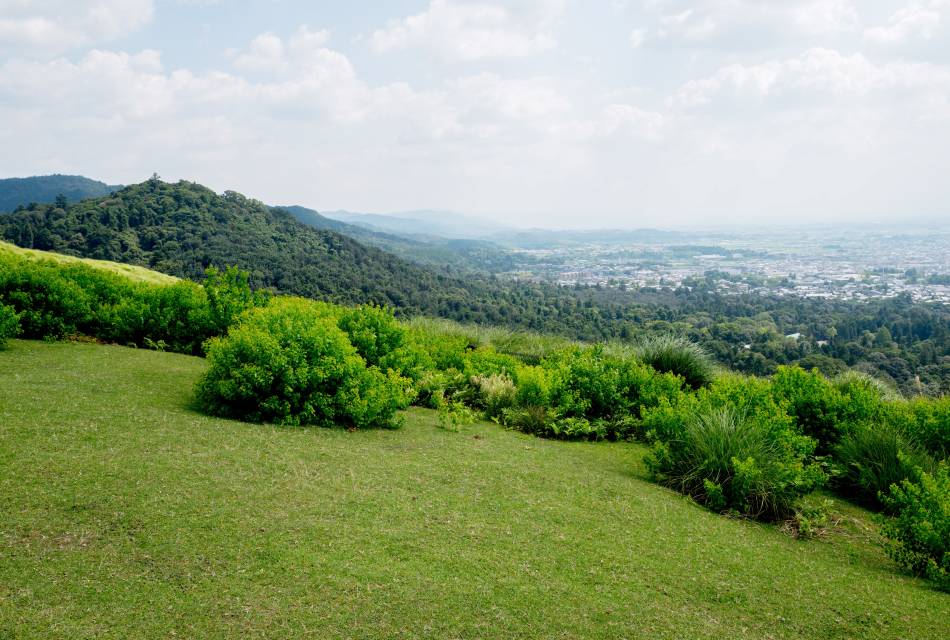 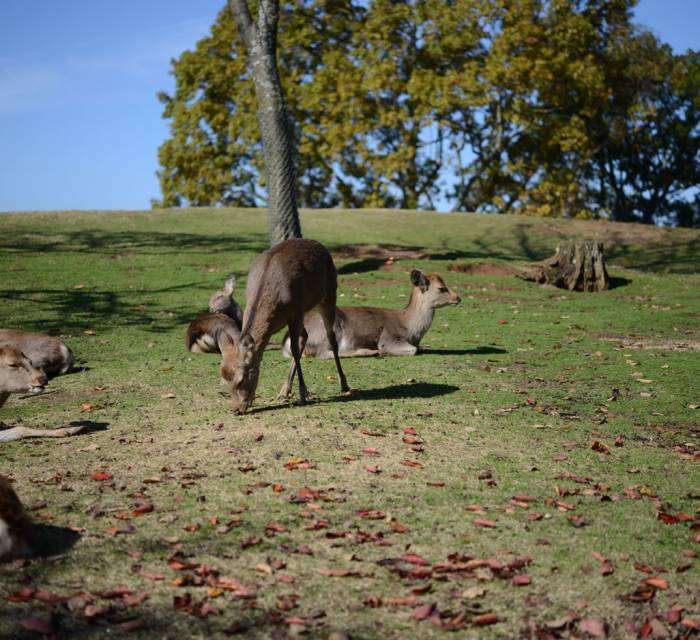 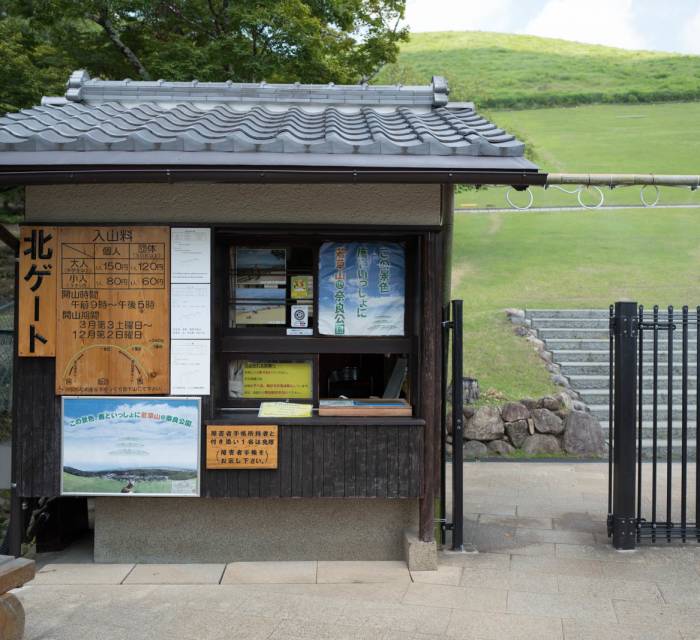 With paths starting behind Todaiji Temple, Mt Wakakusa is easy to climb and rewards hikers with views as far as the Former Site of Heijokyo Imperial Palace. There is a small fee to enter one of the two main climbing trails, which take around 15 minutes to reach the midway observatory, then another 20 minutes to the summit, 342 metres above the city. Both paths start near Mizutani Shrine, between Todaiji Temple and Kasugataisha Shrine. You can also drive to the summit on the the Okuyama Driveway.

In spring, the many cherry trees in bloom that dot the slopes make it a popular picnic spot. In late January, the grass that covers the mountain is set ablaze for the spectacular Mt Wakakusa Yamayaki visible from all over Nara City. The mountain paths are closed during winter. The mountain is close to the Nigatsudo and Sangatsudo temples of Todaiji Temple, and there are several pleasant restaurants and ryokan at the base. 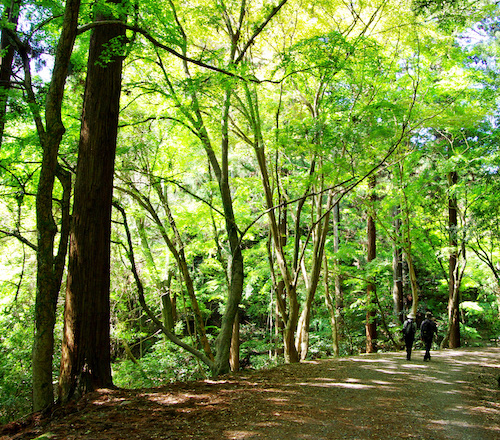 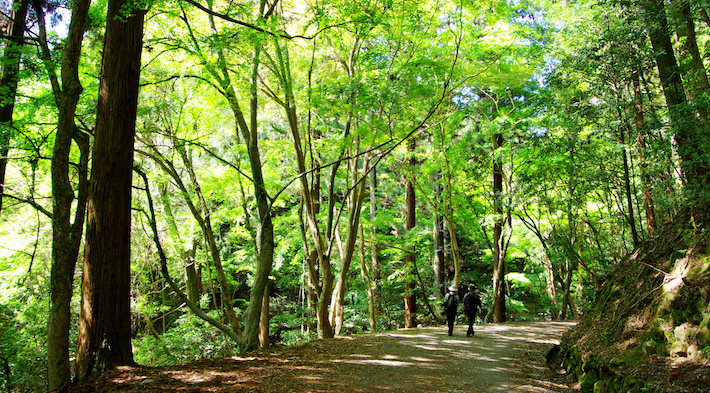