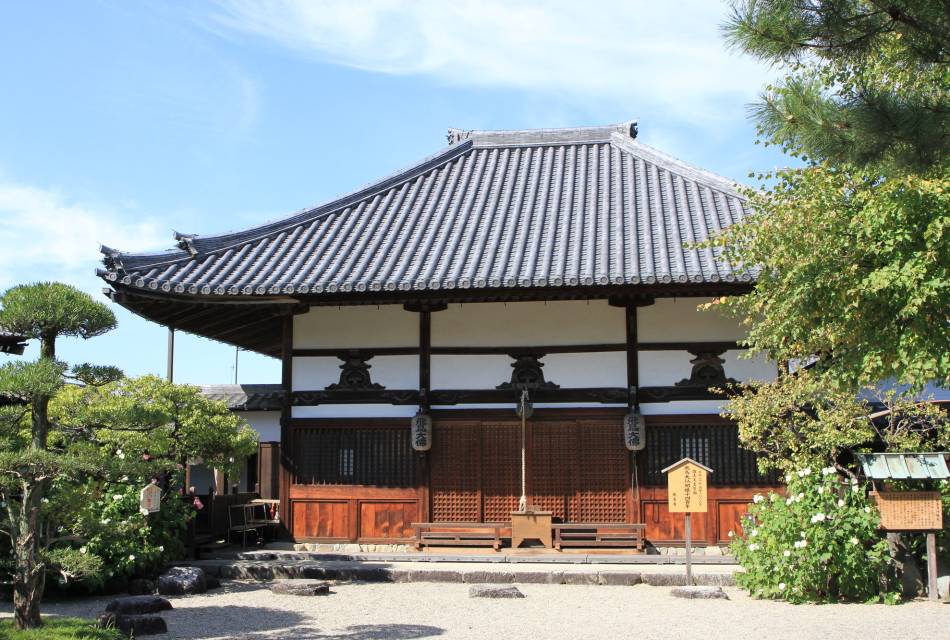 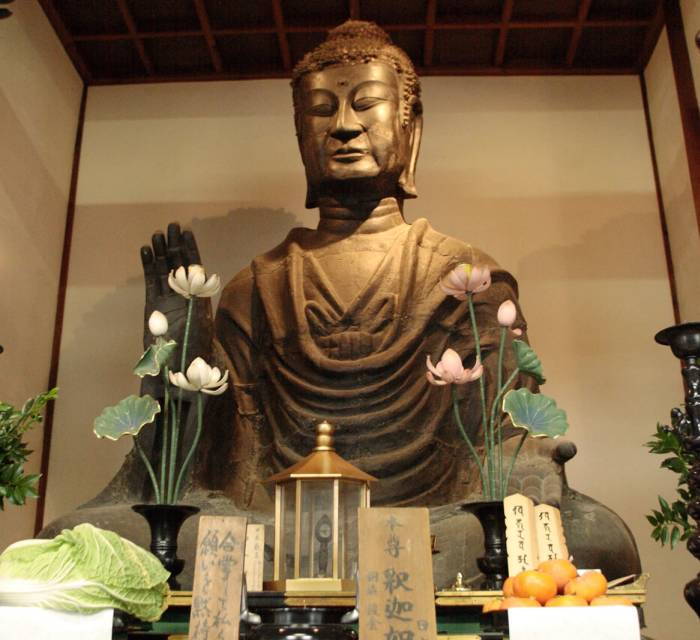 One of the oldest Buddhist temples in Japan, Asukadera Temple was founded in AD588 by the prominent Soga clan shortly after Buddhism was introduced from China and Korea.

Built under the direction of craftsmen from the Baekje Kingdom, part of modern-day Korea, the main hall and many of the statues show a strong Korean influence. Many buildings were brought to Naramachi when the capital moved to Heijyokyo, but Asukadera Temple remained. It houses Japan’s oldest great Buddha (almost 3m tall), dated to AD609.