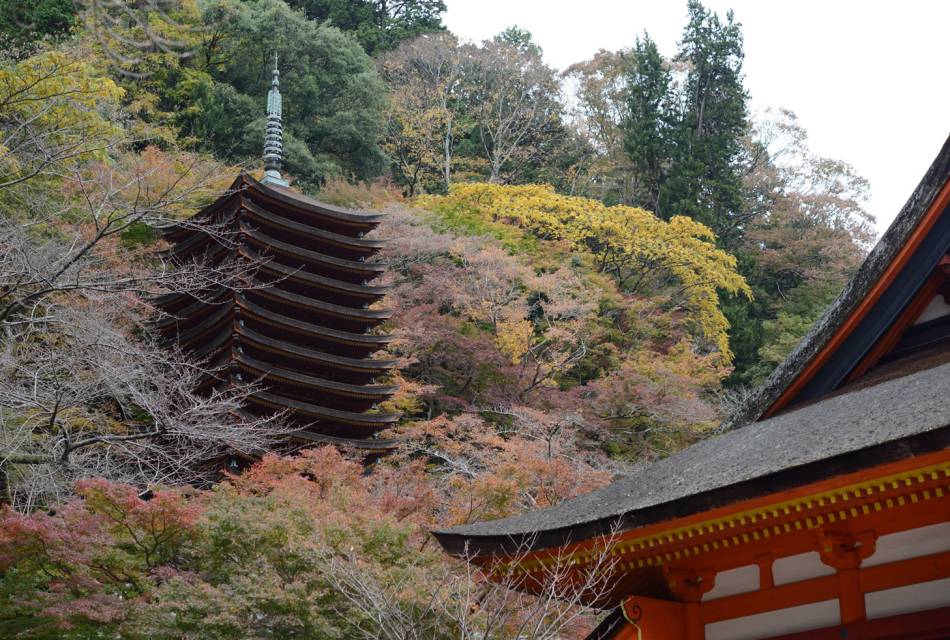 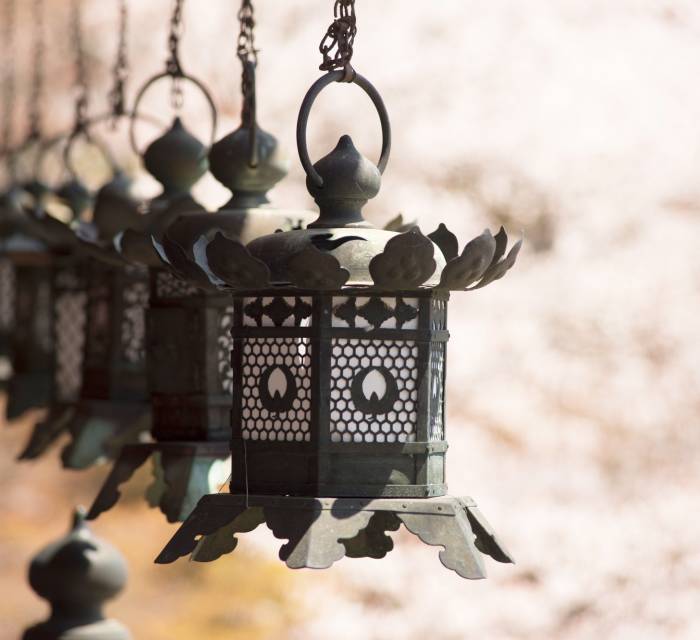 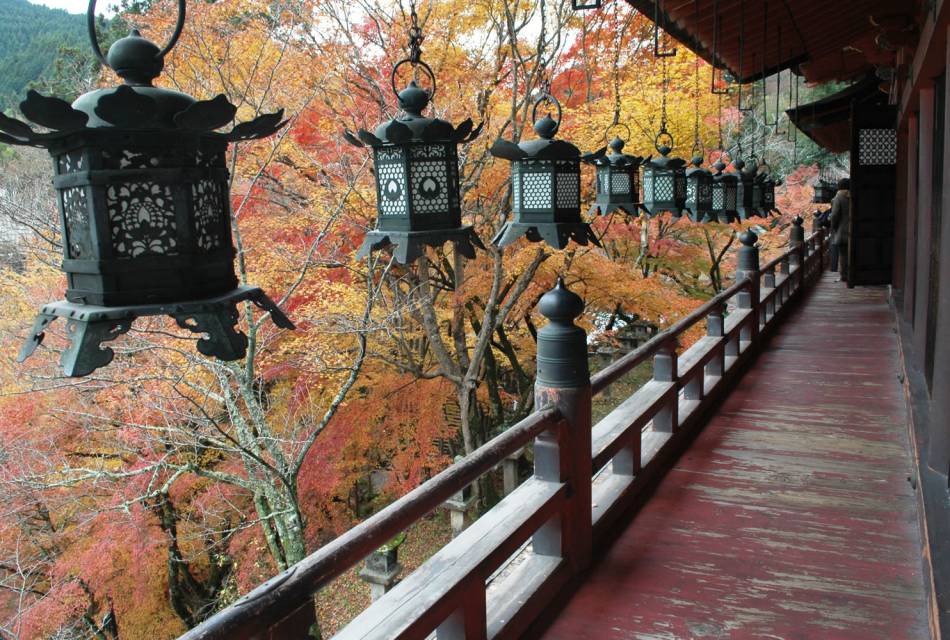 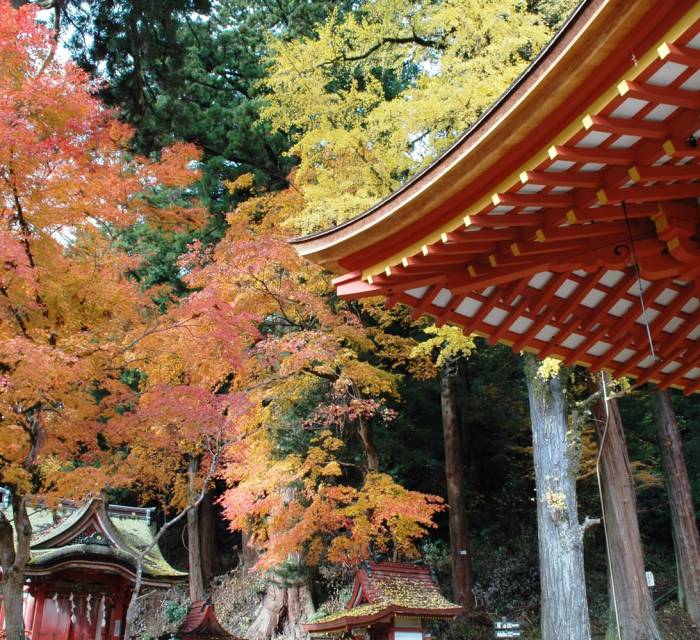 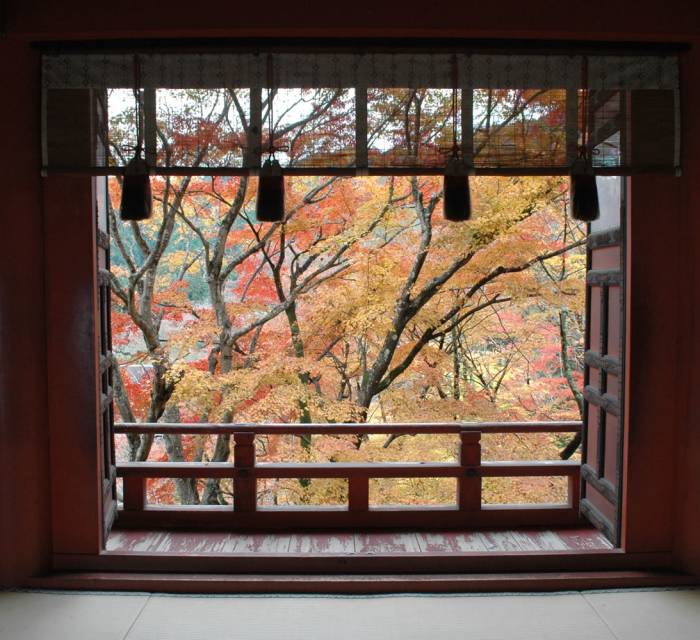 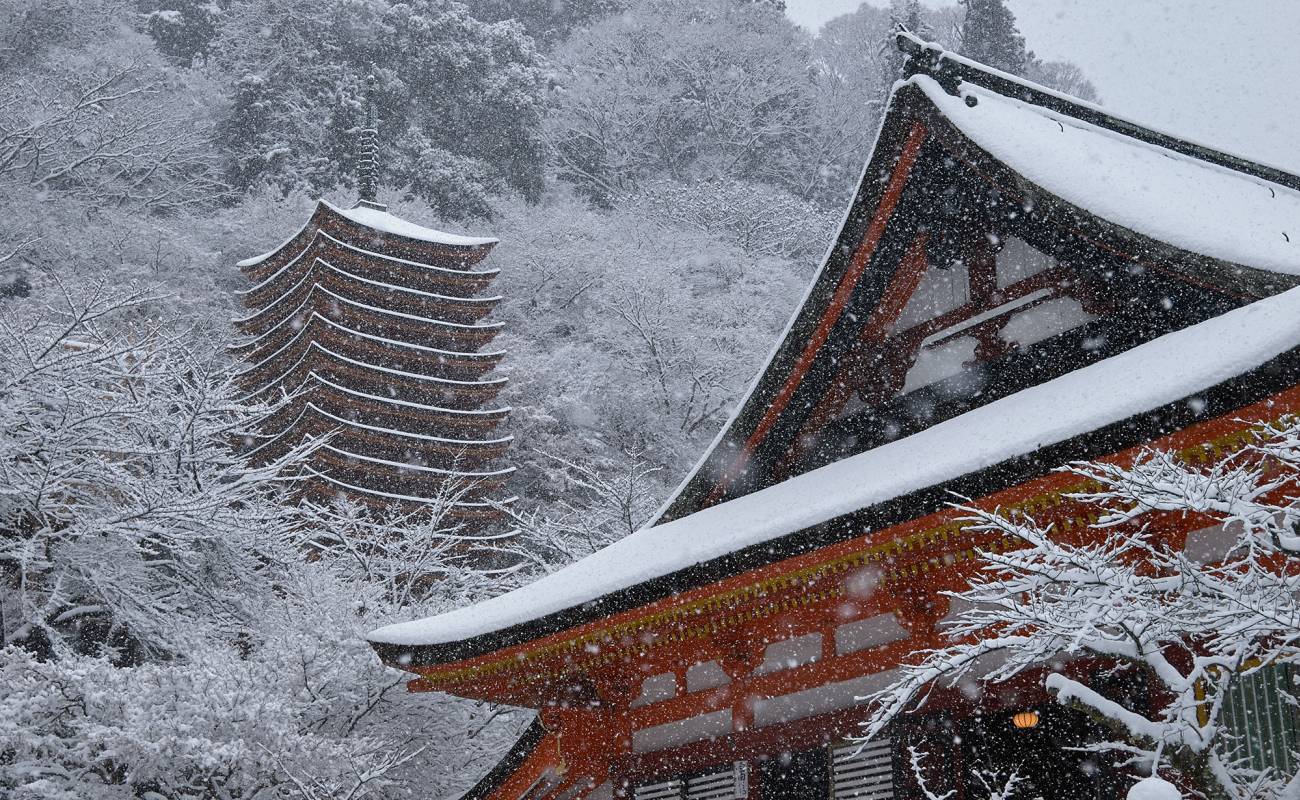 An easy bus ride from Sakurai Station, Tanzan Jinja Shrine is known for its spectacular autumn colours. The main approach to the shrine includes steep stairs, but you can avoid these by cutting through the carpark on the left side of the shrine.

The first thing you see is the 13 story pagoda, the only one in existence in Japan, which was rebuilt in 1532. To the left of the pagoda is a large hall containing treasures and artworks, which you can visit. On the other side, the haiden or worship hall is bordered by a red wooden balcony hung with brass lanterns, which offers beautiful views in all seasons.

The shrine played an important part in Japanese history, when Nakatomi no Kamatari met with Prince Naka no Oe at a game of kemari (similar to soccer) here, around 645 AD. They plotted to eliminate the powerful Soga clan by assassinating the son Soga no Iruka, which lead to the introduction of the Taika reforms, one of the turning-points of Japanese history, which strengthened imperial power, and were the basis of the first centralized state. Prince Naka no Oe then became Emperor Tenji and Nakatomi no Kamatari founded the influential Fujiwara clan. The story is vividly illustrated on a scroll inside the haiden. The assassination scene is dramatic, like a manga.

Traditional kemari games are held in April and November, with players in Heian period (794 - 1185) costume. The bus to Tanzan Jinja Shrine goes past Shorinji Temple, which houses a magnificent 11 faced Kannon figure. From Sakurai Station, it’s a 25 minute walk or short taxi ride to Ohmiwa Jinja Shrine and the sake breweries around Miwa Station.

ancient legends and magical waters in a storied land